In the manufacturing industry, the big data approach is increasingly demanding for enhancement and optimisation of casting production lines. The imperative need to optimize the casting process as well as to achieve zero defect products entails the requirement for increasing quality in casting and resulting parts as well as reducing costs of production.

One enabler for achieving this is the transformation of brownfields into Industry 4.0 compliant data spaces. This transformation enables the exploitation of available data through direct (raw or pre-processed) data provision or data analytics services that provide their functionalities as user friendly assistant systems in the smart manufacturing environment. The specific challenge of this business process was the additional gathering and linkage of process data in the Nemak foundry.

In Nemak, the data of density index and chemical composition needed to be linked directly to the other data of a cast part and therefore allow for a more complete analysis of those data. The issue addressed was the missing link between the data of cast parts and the data analyses of the molten material in the casting furnaces. The results of this task increased the number of processes linked to a casting part, linked variables and the volume of data which was a strategical a Big Data Business Process Value for Nemak, as enabler for data analysis tasks based on it.

After the implementation of those new routines, the melt shop data could also be linked to a cast part. Therefore, the available process data for data analyses was extended by data from melt shop (density index and chemical composition).

The full exploitation of big data in the casting industry needs a fully digitalised cross-level and cross-layer ICT architecture which enables the access, extraction, preparation and linkage of data. Even leading foundries like Nemak still have brownfields that need to be transformed into an Industry 4.0 compliant data space as an enabler to generate and exploit big data. This step is essential and will require further efforts in future.

This business process has a high replication potential. Nemak gained replicable knowledge around Industry 4.0 that can be transferred to further companies in the casting business in Europe or world-wide. 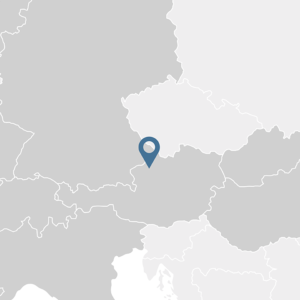 A brownfield transformation is technical feasible. This challenge is faced by many companies and solutions are provided on the market. However, a strong collaboration and high efforts are still needed.

A brownfield transformation is linked to high costs and efforts but it is for the most companies in the casting domain a necessary step to stay competitive on the market.

the casting domain a necessary step to stay competitive on the market.