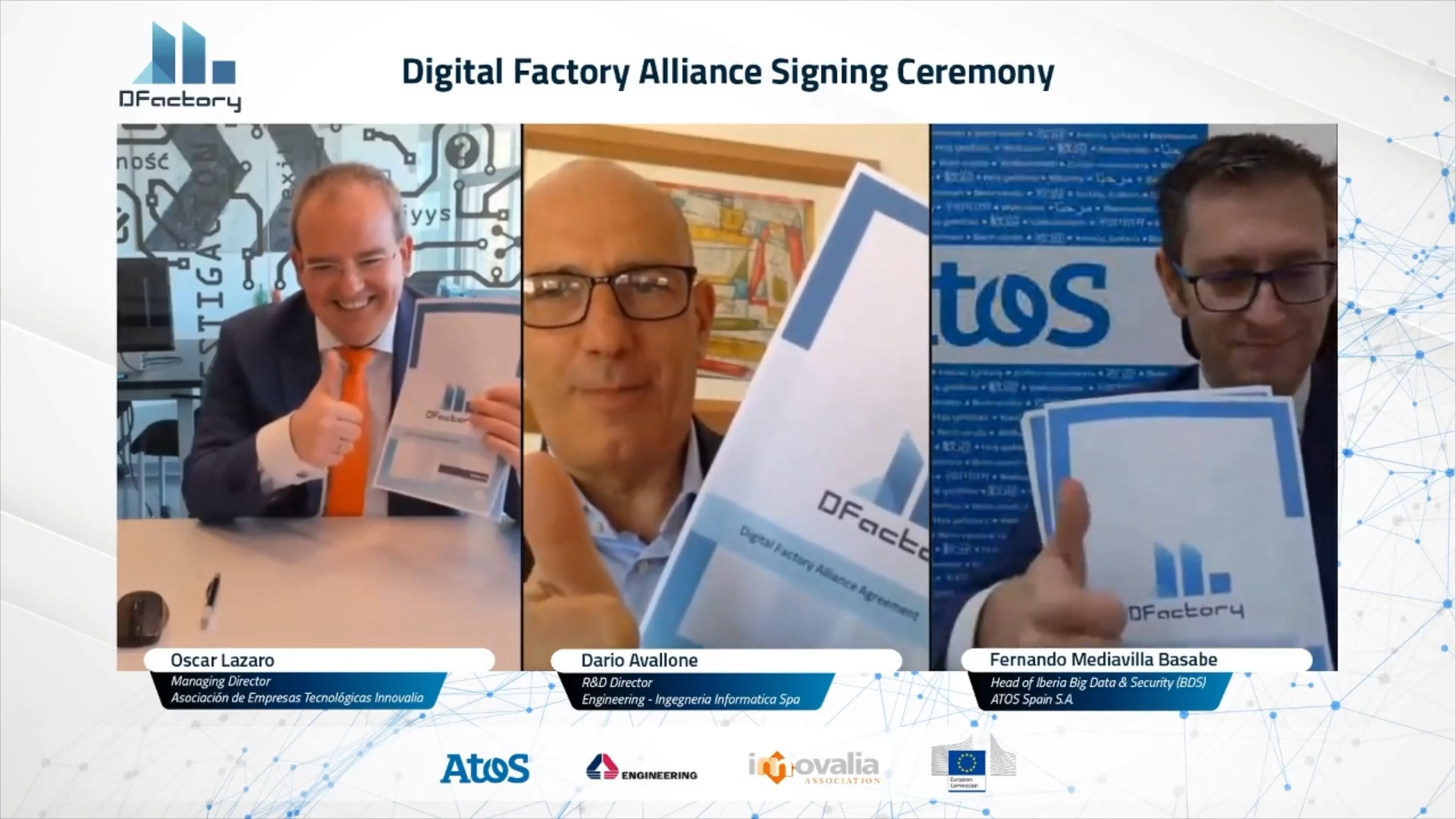 When things are done properly, the effort has its rewards, and today´s event is a clear example of that. As a result of having worked hard for the last few months, the Founding Members of The Digital Factory Alliance have finally achieved to make officially this initiative come true. Today, the three Founding Members have signed the Founding Act of the DFA in a memorable ceremony, which due to the current situation has been hold virtually.

Fernando Mediavilla (Head of Iberia Big Data & Security from AtoS), Dario Avallone (R&D Director from Engineering-Ingegneria Informatica) and Oscar Lazaro (Managing Director from Innovalia Association) have been responsible for signing the founding document and thus, triggering the beginning of something big.

This event has marked the first outstanding milestone for the DFA, which will lead in the near future, to the fulfilment of many manufacturing companies’ objectives in relation to the digital transformation.