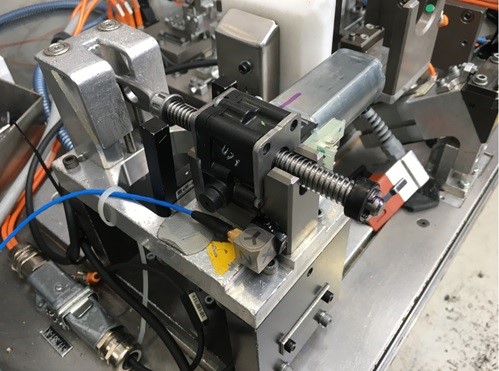 Within a production line, a lot of data can be monitored. This data is often relative to an unique part, which creates a dataset of discrete values only based on assembly process.
When a defect occurs, its root cause may be caused by the machine itself, so we have to set a continuous monitoring on the production line to detect it ASAP.

An acoustic monitoring device has been deployed in a steering wheel column assembly line by CEA and ThyssenKrupp Presta France. First, the process step where an electric motor is fixed to the steering wheel column by four screws has been identified as the root cause of scrap parts. In a second step, acoustic sensors (accelerometers and microphones) have been tested on the assembly line to collect additional data from this assembly step. The collected data are currently fed into an SVM algorithm to identify markers that could be correlated to specific defects. This allowed us to provide a first set of acoustic classifiers to be used afterwards in an online application. The ultimate goal is to inform the employee in charge of this assembly step in real-time of an occurring malfunction.